Paula Deen Has Diabetes – So What? 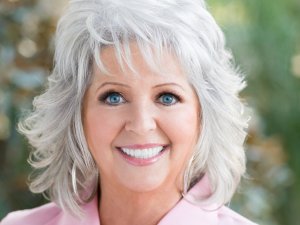 “Everything in moderation… including moderation.” – Julia Child

Here’s where I weigh in (pun intended) on the firestorm that ensued after Paula Deen‘s confession that she has known she has Type II diabetes for three years. Basically… so?

A good public relations decision for Deen would have been to have come clean three years ago about her diabetes. But is she really required to disclose her medical history? Do we know the health concerns of other celebrity chefs? Because she has diabetes, does that make it forbidden for her to cook anything other than “diabetic” food? I really fail to see the logic in all the “Shame on you, Paula Deen!” mentality.

Julia Child knew what was what. In addition to her rather famous quote above about moderation, she has also said, “The best way to execute French cooking is to get good and loaded and whack the hell out of a chicken. Bon appétit. ” Is Julia vilified because she advocated getting loaded? No. Is Keith Richards a “bad role model” because he plays the guitar with arthritic hands? Is he “promoting” an activity that may or may not bring on a physical affliction? (The answer to that is, or had better be, a resounding, “HELL NO!”)

The thing is… and this is a shocker… Paula Deen is NOT the only celebrity cook who uses ingredients that are less than healthy for you. Hell, I found a fairly decadent fettucine recipe in one of my Cooking Light magazines! Butter, half-and-half, (less fat) cream cheese and TEN strips of bacon! Cooking “light?” Indeed.

The Food Network, publishing companies, celebrity chefs… anybody who promotes cooking and food is usually doing so TO MAKE MONEY. Like it or not, we are a capitalistic society.

I’m not saying that a lot of her food isn’t bad for you. A lot of it is. She does really like butter and mayonnaise. But the bottom line is, Americans are fat because of the choices we make, and changes in our society that make physical exertion less likely than it used to be. Paula Deen cooks on television. She doesn’t come into our homes and shove pie down our… well… pieholes. We do that. WE ARE RESPONSIBLE FOR THE CONSEQUENCES OF WHAT WE EAT.

Deen has expressed dismay that more chefs haven’t come forth in support of her. That too is a public relations decision, on their part. Emeril Lagasse did speak out in support of Deen. He disclosed that although he does not have Type II diabetes, it runs in his family. “We in our household have been dealing with it [diabetes] for many, many years. In the words of Julia Child, ‘it’s about moderation.'” (See? Always listen to Julia!) Take a look at Emeril on Good Morning America:
Emeril Lagasse Talks Paula Deen, Diabetes, Makes Braised Pot Roast With Vegetables.

The Next Food Network Star is….. 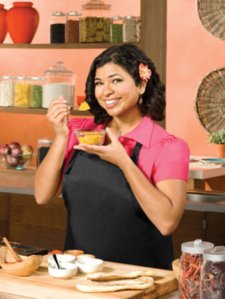 Aarti Sequeira, who will be filming Aarti Paarti; showing viewers how to put an Indian flair on food. The pizza she made did look appealing, and if I can find the recipe I’ll likely make it. I have to be honest; she would have been my third choice. However, she was consistent throughout the challenges, and wowed the Iron Chefs with her food. Michael Symon declared it the best food he had eaten in the three years of Next Food Network Star.

I really thought it was going to be Tom Pizzica, whose Big Chef concept was engaging. His pilot was even more intriguing. He seemed like a friend who invites you over for dinner then wows you with amazing food. And I loved his tagline, “It’s your kitchen.” It made me feel like Tom was saying, “Hey, I’m just a guy who knows how to cook, giving you a few tips. I know you can do it!”

Tom was followed, in my mind, very closely by Herb Mesa, whose concept Cooking con Sabor (Cooking with Flavor) was inspired by his experience as an overweight child. I think the Latin influence would have been wildly popular, especially coupled with his healthy approach to the food.

But… Aarti was consistent throughout Next Food Network Star, and wowed the Iron Chefs with her food.

Although I am disappointed that I won’t be watching Big Chef, I’ll give Aarti a chance. However, she needs to win me over.