My first memory of being a foodie was in my Grandma’s kitchen. Grandma was always very patient with me… and I was an endless fountain of questions. I remember stirring pudding… not instant, not from a box.

Grandma threw together a few ingredients then put the concoction on the stove. It had to be stirred pretty much constantly, and I always wanted to help. My job was to stir… and stir… and stir. And that pudding that I helped with always seemed to taste better than the pudding I didn’t help with.

We had a garden too, and chickens. I helped pick produce from the garden, helped snap, pod, stem and shuck all the food we grew. I helped Grandma forage for wild plums and gooseberries to make jam. I hunted eggs and despite the fact that I didn’t like it all that much, watched the process of butchering the chickens we would eat. I experienced the process of food from start to finish. I never knew how lucky I was until many years later. 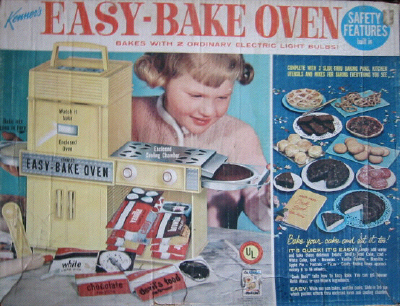 My next foodie experience was an Easy Bake oven. I was in heaven… until I ran out of the “mixes.” Being creative by nature I decided to make my own mixes! They weren’t great. Actually, they were pretty bad. But, I kept trying… occasionally I would happen upon a mixture that worked. But invariably, after that one success, I would make a cake that was more salt than flavor.

By junior high I had taken a home economics courses. The first recipe I ever made in school, from start to finish, was spaghetti “sause.” That’s how it’s written on the recipe card, anyway. I do remember it tasting VERY good! Again, I’m pretty sure it was because I had labor invested in it. 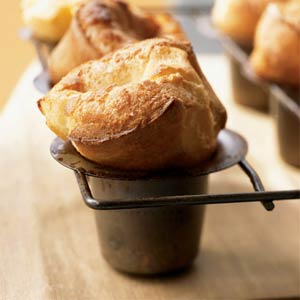 I had more home ec courses under my belt in high school. By this time I was starting to understand the concept of measuring, and proportions… so no more salt cakes. I remember wanting to try popovers. No idea why, because I’d never had them… I think I saw them in a cookbook and thought they looked interesting, so I tried them.

My greatest invention… because let’s face it, the salt cakes weren’t my greatest moment… was parmesan-crusting. I was making myself a snack… a sandwich… and I threw some parmesan on and Voila! I flip the sandwich over and there’s this lovely golden brown crust of parmesan just begging me to take a bite! I’m pretty sure I was the first person who EVER did this, too!

Two years after graduating from high school, I got married and the real trial by fire began. I “thought” I was a great cook, but didn’t realize what it was like to cook at least one meal daily. Luckily, I had a wonderful mother-in-law, Ruth, who took me under her culinary wing. Don’t get me wrong, my own mother is a good cook too but she tended to be the “get out of my kitchen” type. You can learn a lot by watching, but the hands-on training I received from Ruth was priceless.

This time, I wasn’t watching the chicken-butchering process, I was helping. She sensed my reluctance and pretty much insisted on me helping. She was a wonderful lady but she didn’t take no for an answer. So, I helped. And I learned, or rather, re-learned, making things from scratch. Where your food comes from. How to cook fresh. And I learned that what many people think of as “making do” is really the way everybody should eat.

We seem to have this idea that going out to eat, and buying convenience foods in the grocery store, is the only way. When things get tough, we grow some vegetables in our garden, or patio containers, and consider that to be “making do.” I would like to see the tide turn… and I believe that it is, in a small way.

I would like to see the concept of cooking fresh and from scratch become the right way to do things. Again. The French have it right. They go to market pretty much every day and buy their ingredients for dinner. Then, they prepare it. Trust me, when you’re faced with a refrigerator full of ingredients rather than something you can warm up and eat in 3 minutes, it cuts down on impulse eating! It’s also a much healthier way to live.